Awards are important to any business. 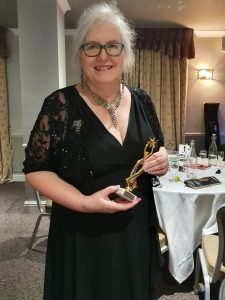 In October 2021, I was awarded  Highly Commended for Customer Care at the SMBN Awards. I was nominated anonymously for this award, which makes it even more rewarding to be honoured by the SMBN. 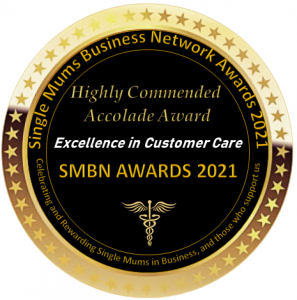 In 2020, I was awarded SME Food Safety Management Consultancy of the Year – Midlands for the second year running at the LUX Food and Drink Awards.

Either Louise or Alimenti  have featured in the Herefordshire and Worcestershire Chamber magazine on several occasions. Louise appeared in the future “Power Eight” featuring business women across the region.

In February 2021, Louise was quoted in The Express website article.

The Sun quoted Louise in March 2018 in an article about reducing food waste.

Alimenti appeared as a case study for Fastershire.   This is a joint venture between Gloucestershire and Herefordshire County Councils.

Previous to this, Louise had appeared on a Garrison FM radio show and in an article about the ground breaking production unit that she worked in.

In 2017, the Twitter account@alimenti_fs won an award in the New Business category at the Worcestershire Social Media Awards event.

Naturally I am very proud of all of the awards and nominations that Alimenti has received.